How Gamora is Alive in Guardians of the Galaxy 3 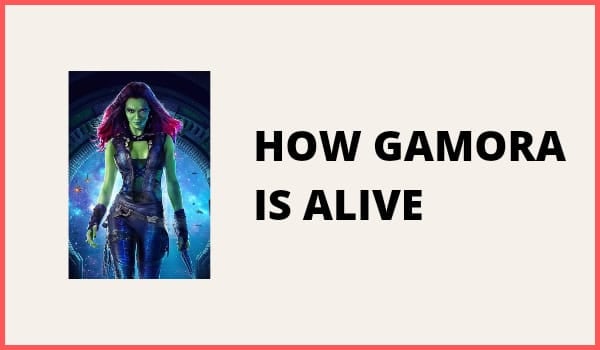 How Gamora is Alive in Guardians of the Galaxy 3?

The actions in Avengers: Endgame is responsible for Gamora’s survival in Guardians of the Galaxy Vol. 3. Fans are likely to recall that Thanos brutally put an end to Gamora in Avengers: Infinity War by sacrificing her so that he might collect the Soul Stone. This tragic event occurred in the context of the movie. That iteration of Gamora is said to be permanently deceased and cannot return to life. n the other hand, the Gamora who appears in Guardians of the Galaxy Vol. 3 is a different version of the character transported to Earth by Thanos during the last moments of Avengers: Endgame.

Peter was happy to be reunited with Gamora, but he was shocked when she kneed him in the crotch. Gamora hails from a period in the Marvel universe before she meets Quill and the rest of the Guardians of the Galaxy. Therefore, she has no idea who Quill is. Gamora, in her new guise, was spared when Tony Stark defeated Thanos and his army by erasing them from existence. As a result, she was free to explore the cosmos on her own. Nevertheless, it would seem at this point that she is prepared to get back together with the Guardians in one form or another.

Gamora Features in The Guardians of The Galaxy Volume 3 Trailer

The first trailer for Guardians of the Galaxy Vol. 3 was released on December 1, 2022, at Brazil Comic Con, which was also the occasion on which Marvel displayed various other projects. Due to James Gunn’s return to the director’s chair, the teaser trailer gave the impression that the horrific events in Rocket Raccoon’s past can play a more prominent role in the film, prompting the Guardians to band together in support of their friend.

New antagonists, such as Adam Warlock, who was alluded to in Guardians of the Galaxy Vol. 2, and the High Evolutionary, who was responsible for Rocket’s creation, will play a significant role in the story. While the film also shows that Gamora is alive and will appear with the Guardians to assist them in escaping a prison/medical facility, it is essential to note that this is not the only piece of information revealed by the teaser.

Gamora Has Been Missing From The Guardians’ Past Two Adventures

Peter Quill has been thrown into a loop ever since Gamora vanished. Thus, her absence hits him especially hard in Thor and the Holiday Special. Since her disappearance, he has been unable to find his footing.

Who are the Ravagers?

The Ravagers are a criminal organization that spans the whole galaxy and comprises close to a hundred different factions. Members of the criminal gang, mercenaries, bounty hunters, pirates, and other outlaws make up the syndicate’s membership. Ravagers appeared in the first Guardians of the Galaxy film when Yondu commanded them and fought Thanos during the Battle of Earth.

They made another appearance in Endgame, where they fought Thanos during the Battle of Earth. Given that the syndicate adheres to a moral code that prohibits murdering without justification, it makes perfect sense for Gamora to stand with them. It’s a step up from her time spent aiding Thanos in his campaign of mass destruction, and it’s more by her personality before the Guardians became involved.

What happened to Gamora in the MCU?

One of the numerous people who died in Avengers: Infinity War was Gamora. But it was final since Thanos’ snap did not cause her death. In the third Avengers movie, Thanos abducted his adoptive daughter and took her to Vormir. Thanos decided on Gamora because he understood that to get the Soul Stone, he would have to give up something he loved. Gamora tragically died as he shoved her down the cliff. Peter broke down as the other Galaxy Guardians learned of Gamora’s passing.

Gamora unexpectedly appeared in Avengers: Endgame, but she wasn’t the beloved and well-known hero. When Thanos journeyed across time to battle the Avengers, he took this Gamora from 2014 and transported her to the present. 2014 Gamora left the conflict area as the Avengers triumphed. Aside from that, nobody knew where she was until today.

If you have a query about How Gamora is Alive in Guardians of the Galaxy 3, then ask by comment area.